Employment of stenographers is projected to grow 10 percent from 2012 to 2022, about as fast as the average for all occupations. Demand will be influenced by regulations requiring expanded use of captioning for television, the Internet, and other technologies.

Careers in machine shorthand are highly paid, may be employed or freelance, and include:

The court reporter may be a government employee on fixed salary, conditions, and working hours, or they may work freelance.  In the courts, evidence is reported verbatim. In the parliaments, the official record, Hansard, is an edited version of the parliamentary proceedings. Editing is performed by reporters who require excellent language skills, as well as high-speed shorthand skills. 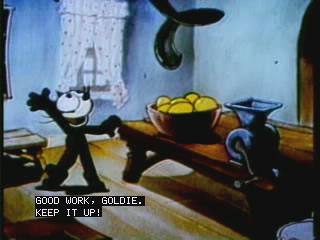 Captioning brings the spoken word to the hearing-impaired. Most often associated with television captioning, particularly for sporting events such as the Olympic Games, the stenocaptioner works also for the film and theatre industry, and for conventions and corporate meetings. Job opportunities have expanded rapidly since Australian Government legislation required (from 1st January 2001) that all television programs are captioned.

In the United States, freelancing represents the majority of work in court reporting and captioning. In Australia, a growing number of freelance reporters and captioners are self-employed or work for transcription bureaux. Hours and locations of work vary and range from writing depositions in legal offices, taking evidence at remote sites, or working on-line from home. Travel and late hours may be frequent, but there is freedom in determining one’s own work schedule and environment. The reporter or captioner decides how much she/he will work, and there is excellent earnings potential.

Convention business is booming in Australia and is closely related to developments in the tourism industry. Machine shorthand writers are used increasingly at international conventions, where speeches and ‘question and answer’ sessions are captured and printed through computer-aided transcription in just a few minutes, thus allowing the delegates to receive a copy of the proceedings before they leave the convention.

The business world is discovering the speed and cost effectiveness of rapid data input through machine shorthand, as well as the considerable economic and time-saving benefits of instantaneous transcription of correspondence and meetings proceedings. Machine shorthand brings an exciting new dimension to information processing in the business world, with possible data input speeds of well over 200 words per minute.

Real-time shorthand writers provide speech-to-text to assist hearing-impaired students in university lectures and other teaching institutions. Students sit alongside the speech-to-text writer and see the lecturer’s words appear on the writer’s laptop computer as the words are spoken.  This work can also be done remotely.  Growth of the elderly population also will increase demand for stenographers who are speech-to-text providers or who can accompany their clients to doctor’s appointments, meetings, and religious services. In addition, movie theatres and sports stadiums will provide closed captioning for deaf or hard-of-hearing customers.

The demands for information processing in the health care industry are increasing rapidly. Because of its speed advantages, machine shorthand data input is beginning to replace typewritten input for preparing medical records for physicians, hospitals and insurance companies. Medical transcription is expected to be one of the most rapidly expanding career fields over the next ten years. In the legal field, the same skills are used to produce legal documents and the minutes of corporate proceedings.